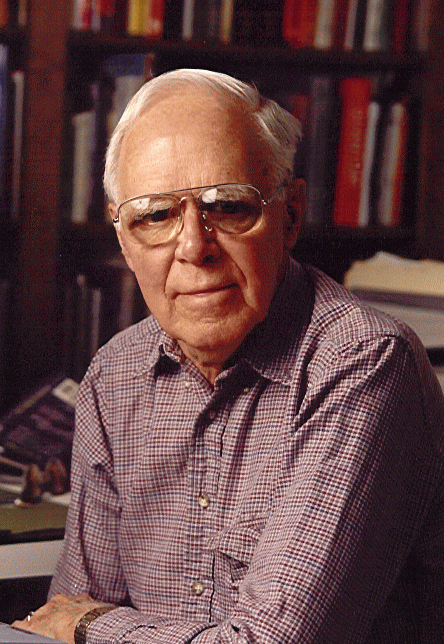 So this is Martin Gardner. He died almost 8 years ago but he affected so many lives that a gathering in his honor is held once every two years. At this year’s Gathering 4 Gardner 13, I was fortunate enough to be one of the 325 folks to attend. Martin wrote the Scientific American Mathematical Games column for 25 years as well as many other books on a wide variety of topics, all of which resonate with me. Whether it’s recreational mathematics, puzzles, magic, skepticism, annotations, cryptography or even biography; I benefited greatly from seeing the world through his eyes.

I’ve known about the Gathering for many years and a little less than 2 years ago I decided to find out where it was held and investigate if it was possible to get invited to it. Unfortunately, the gathering had just taken place and I would have to wait at least two years to attend. Fortunately, the gathering takes place in Atlanta (40 minutes from me), and about 5 months ago, I began my quest to attend the gathering. I won’t bore you with the details, but I built a case for my love of all things Gardner, and outlined many reasons of why I would be an ideal Gathering 4 Gardner 13 attendee. I believe it helped that I own 60+ books by Martin Gardner and several other books by many other regulars at the Gathering. (Rubik’s Cube (33 seconds), Magic, Hanayama Puzzles, Writing computer games for a living…all helped as well).

On January 22nd, I received an invite to the Gathering. I couldn’t believe it. As I checked on their website to start planning for the event, I got an even bigger thrill. Professor Erno Rubik was going to be there and even give a talk. So I started my bucket list. #1. Get a selfie with Professor Rubik.  #2. Meet Professor David Singmaster. #3. See close-up magic by really good magicians and sleight-of-hand artists. #4. Say hi to Scott Kim and let him know how much his talk 24+ years ago has influenced my game design choices. #5. Meet as many folks as possible, especially the ones that  have written puzzle books or designed puzzles over the year.

I’m happy to say I accomplished my bucket list (The first two within the first 30 minutes of being there) and there were many more surprises. I met the creators of Exploding Kittens. I met Magical Nathaniel, who blew my mind many times with his close up tricks as well as his stage act. I met a young person, Sydney Weaver, who solved the cube in 10 seconds in front of me (which was about her average solve time).

Best of all though, I met one of the nicest, smartest guys there…that seemed to know just about everyone else and he was kind of enough to offer many pieces of advice on how to enjoy my first Gathering 4 Gardner. His name is Colin Wright and here’s one of his videos. A close second and third was meeting Jim Gardner, Martin’s son, who chatted with me off and on about his dad, his life and his own life throughout the Gathering. And Jeff Varasano of “Jeff Solves The Cube” fame. (That’s a book from 1981 on how to solve the cube. Jeff was one of the 6 contestants on That’s Incredible for the very first National Cube Competition as well).

My good friend and long-ago boss, Mark Berner once said about me (to someone else with me well within earshot): “Joe doesn’t like it when he’s not the smartest guy in the room.” He said that in response to someone else asking why I get so “tenacious” when I’m debating someone that disagrees with me. Although I understood Mark’s point, I always felt that was a slightly unfair assessment of how I felt about intelligence in general, and my own intelligence as it relates to others. But after all these years, especially after attending G4G13, I have to say…”You’re right Mark, I don’t like it when I’m not the smartest guy in the room. I love it.”

For 4 days, I sat and listened to 6 minute talks from about 250 people from all over the world. I’d estimate that easily 200 of them were “smarter” than myself (regardless of how narrowly you define smart). The talks were on Math, Science, Puzzles, Alice in Wonderland, Magic, Education, Recreational Math, Tiling the Plane, and too many other topics to list.

I also saw many, many, many magic tricks over the course of the evening entertainments and even in the rare cases where I knew exactly how a trick worked, or exactly what was going to happen…I was still amazed at the technique, polish and showmanship. But that’s not the most amazing thing I noticed about G4G13.

The most amazing thing I noticed was how exceptionally “nice” everyone was. And not just “nice” but “relaxed”. Although nerd culture is more accepted than it used to be, there is still a slight stigma that prevents most “nerds” from being too “nerdy” amongst the non-nerd crowd. We still laugh at Sheldon Cooper not always with Sheldon Cooper. For 5 days straight, I don’t believe even once I thought…”Can’t say (or do) that, that would be too nerdy.”

For those of you who really know me, you know that I do let my Nerd-Flag-Fly-High quite often. I am a very active member of the Georgia/Indie Game Dev. Community here in Atlanta but even then I have toned it down on occasion (or at least thought about it here and there). And even with the Indie/GGDA crowd, I’m a “casual puzzle guy” in a sea of Hard Core Gamer types.

Colin Wright captured best what it was like to be at the Gathering with two thoughts.

Math, Magic, Puzzles, Rubik and all things Gardner, and definitely not the smartest guy in the room. I loved it. Can’t wait for the next one in two years.

Ana’s one of a kind, hand-altered pottery has to be seen to be believed. She always has something for sale in her online shop.