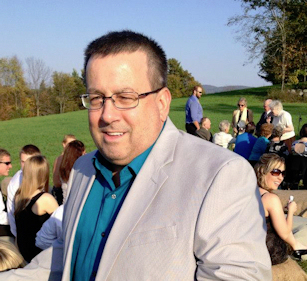 Twenty-eight years experience in all facets of software engineering with an emphasis on resolving complex reliability issues in a multi-user real-time environment.  Excellent debugging skills.

Created nine non-violent logic and puzzle games for Windows using Visual-C++ and Direct-X.  Everything on www.PuzzlesByJoe.com was designed/coded/created by me with the exception of  some artwork and background music.  All products are available for download as shareware with a trial period of at least an hour.  Recon is my earliest and most complex game.  GemShot is my most recent and most visually compelling game.

Created Task Master which is jointly owned by myself and a local business.  Task Master is an integrated task management tool that allows multiple users to all work on the same task/project list at the exact same time.

Fully automated the porting of game code between GAS (test) and production. In my first two months at Interactive, I replaced the manual porting procedures (a 2-4 hour per game process) with a completely automated one-button procedure (that takes 20 seconds).  This allowed us to go to a completely single source development environment.

Created pre-compiler to add limited data typing to GAS-code.  In addition pre-compiler supports limited label-saving conventions used with ‘IF’ and ‘WHILE’ statements.  This solved the multiple assembler source problem that required large programs to be broken up into small chunks in order for the macro-assembler to handle it.

Created standard commercial format to be used with all of my off-line games.

(KUB Systems Inc.)  In a six week period, I ported 30,000+ lines of a Borland C++ Broadcast Automation application to MetaWare High-C++.  Using PharLap’s DOS Extender which allows Protected Mode portions of the application to communicate with Real Mode portions.  The application communicates with a Mac and a special Digital Video board (through direct access of low memory reads and writes).  The single source port allows dual compilation by the Borland and High-C compilers including extensive use of the Rogue Wave 5.1 libraries (with Template instantiation).

(IGC)  Reversed engineered Windows to run as a DPMI client under IGS’s operating system VM-386.  Using IGC’s assembler level debugger and the “Undocumented DOS” book, I was able to get the Windows kernel to make a DPMI call while under VM-386.

(Digicom)  Completed a Stereo Rack system prototype to go with an audio-visual card to run in the Windows environment.  Had never programmed in Windows before but I got the prototype up and running during my initial four-day stretch.